Outside of the light-up Squirtle keychain I had when I was five years old, my Pokémon experience is limited. I am just old enough to remember the thick binders of Pokémon trading cards my older brother used to obsessively organize. In fact, I think I swiped his Gameboy Color from him a couple times just to see what all the hype was about.

Fast-forward to last night and I find myself suddenly surrounded by people calling themselves Gym leaders and Elite Four. After a casual Tuesday night dinner by the Canal, my friends and I decided to walk to Brown’s Island. As we reached the end of the path that leads to the open field, we couldn’t help but stare. People were scattered throughout the area, standing still while holding their smartphones in front of their faces and rapidly flicking their fingers across their screens. As I remarked that I felt like I had just happened upon some sort of experimental community, one of my friends reached for her iPhone.

The next ten minutes consisted of me trying to understand the appeal of Pokémon Go, and my friend wandered around with her head down studying her phone screen. Besides giving me the chance to tease my friend for caring more about her ranking in a virtual game than taking in the river view, the incident also made me realize the immensity of the latest popular culture fad. The week-old Nintendo App has already caused a $9 billion surge in the market value of Nintendo Co. The instant hit has been downloaded over seven million times since its release last Thursday.

I first heard about Pokémon Go while I was listening to Elvis Duran during my morning drive to work the previous day. My introduction was an alarming one; the radio host recounted how a Wyoming teen found a dead body in a river while attempting to find a “water pokémon.” A co-host went on to explain how the augmented-reality game inadvertently facilitated an armed robbery. That pretty much made me lose all interest in playing, but even still I can’t seem to escape the game. Businesses are putting signs on doors that say “Pokémon are for paying customers” and some overhead highway signs now read “Pokémon Go is a No-Go while driving.” Is the summer heat making people a bit crazy or does this throwback video game have staying power?

In my opinion, the record-breaking game that became iPhones’ most popular App in a mere five hours will go out of style soon enough. But what does the initial spark–fueled by millennials’ childhood nostalgia–mean for the future of consumerism? When the Pokémon empire launched in 1996, it kept the kids’ attention for the next ten years, but then everyone was on to the next one. The success of Pokémon Go reveals a secret about the market’s most important target. Mix the latest technology with a heaping dollop of nostalgia and you get a instant hit. What will be latest retro trend to resurface? Maybe digital Furbies or hologram Beanie Babies? One thing is certain: the future is bright and ideas are all around us – you just gotta catch ‘em all. 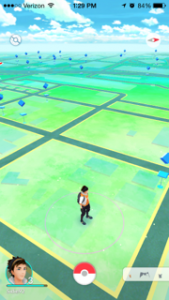 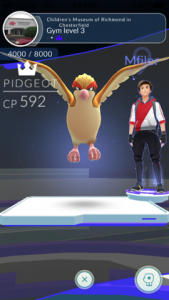 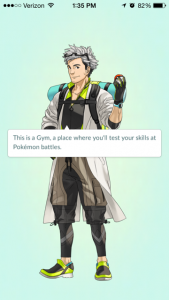 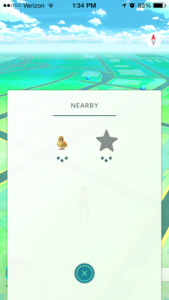 Posted by Colleen Kohler, a member of our 2016 Summer Intern Team. Colleen is currently enrolled at The University of Virginia, with a media studies major. She is pursuing her interest in writing and she enjoys keeping up with innovative digital marketing trends.