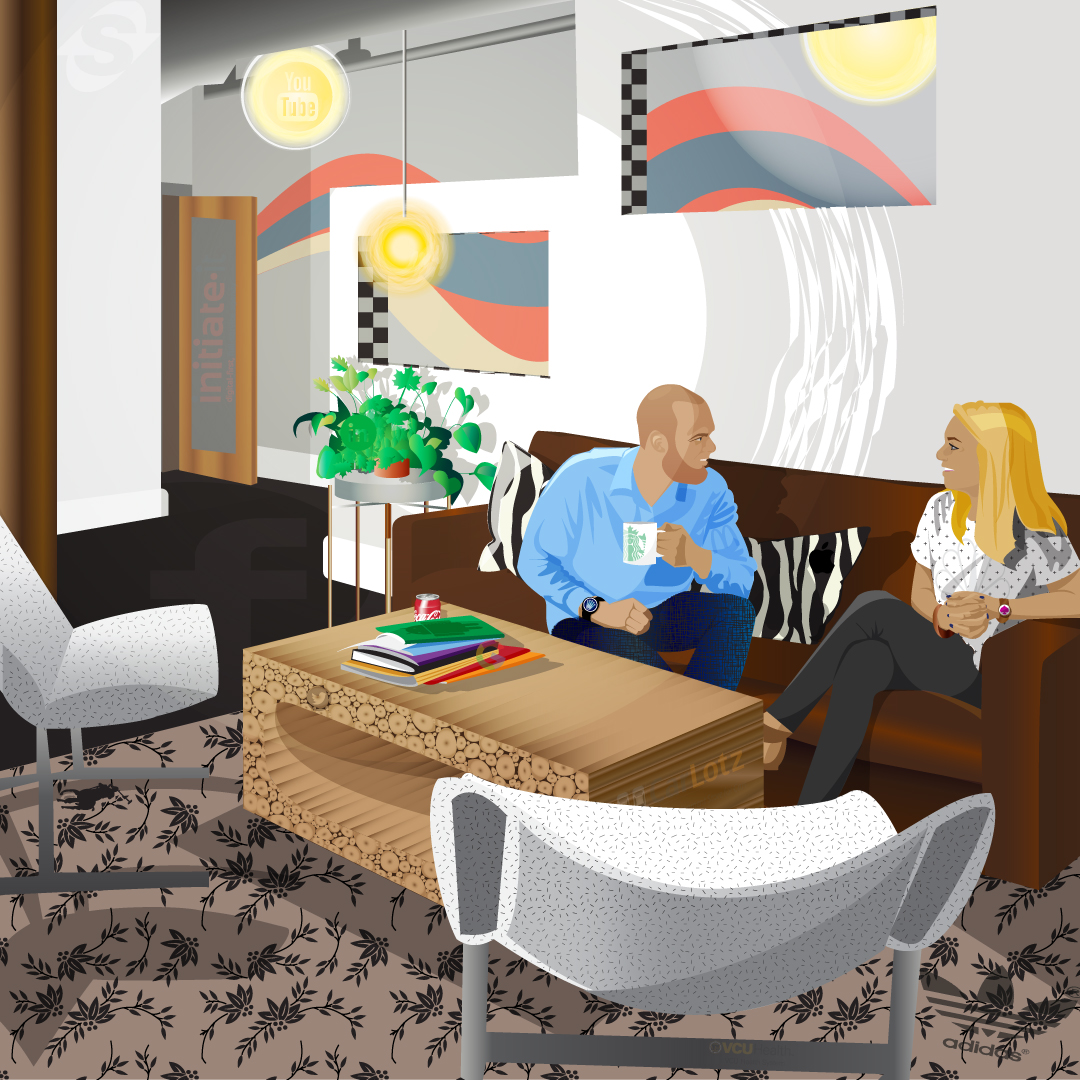 Can you spot the 19 hidden logos placed in the image above? To continue our series on product placement, today we will be featuring our favorite advertisements in movies and television. These include shows that have made a seamless transition between the plot and the ad. The following are our favorite cases of proper product placement.

The best kind of product placement doesn’t interrupt your experience but still, if at least subconsciously, catches your eye. Just as Disney/Pixar is constantly revolutionizing the animation industry as a whole, they’ve transformed product placement into a part of their stories and visuals. The most prominent example of the new Disney/Pixar product placement is in Zootopia. The city of Zooptopia resembles New York City with overpowering billboards and ads lining the skyscrapers. At first glance, they look like ads for real brands but with further investigation, viewers realize the ads are spoofs and parodies of real ads. This is called “faux placement.” Instead of BurberryTM, we see Bearberry featuring a posh bear wearing a tailored suit and drinking tea. Instead of PradaTM, we see a gazelle sporting glittery shoes and fancy bag for Preyda. There is even a scene were a weasel is selling bootleg Disney DVD’s such as Meowana (not Moana), Wreck-it Rhino (not Wreck-it Ralph), Pig Hero 6 (not Big Hero 6) and more.

Rather than annoy the viewer with the feeling of constantly being pushed products, these parodies become easter eggs for which the viewer actually wants to keep an eye out! The clever take on product placement continues the visuals, fits in story line, and makes the brands they resemble seem lighthearted and trustworthy. Disney’s cleverness and more jovial approach to product placement gives the vibe that they want to remove the typical frustration associated with it

Back to the Future 2 – Nike Product Placement

There has never been an item – large or small – that I have wanted more than the self-lacing, high top, futuristic, Nike boots that Marty McFly wears in Back to the Future II. These shoes were like nothing I had ever seen at the time of my first viewing (of potentially the greatest of all movies.) Balanced on the suicide door frame of his DeLorean, Marty slides his feet into the luminescent sneakers, emblazoned with a large Nike Swoosh, and the magic comes alive. They tighten and fix themselves to his feet before he bounces up and off to his next adventure.

Not only was I transfixed by the fantastical shoes, but sneakerheads (a term given to shoe collecting fanatics) everywhere began a quest to find these Hollywood-stylized shoes. 25+ years later the search is still on. Every few years Nike will tease a release and drop a few promotional pairs, but they have yet to become available to the mass public.

What would you do if you were stranded alone on a deserted island? For Tom Hanks in Cast Away, he finds companionship with a Wilson Sporting Goods Volleyball. He names, socializes, and even argues with Wilson, the ball, throughout the film.  This is a great use of product placement by the sporting goods company.  While watching the movie, viewers do not feel as if they are watching a 2 1/2 hour commercial.  Instead, they are drawn into the story of Chuck and Wilson. They continue to watch and hope that the pair survives and makes it off the island.

Did you notice the products in the title image above? This one is a little tougher! Let us know if you can find all 19 in the comments below. Answer Key Below: 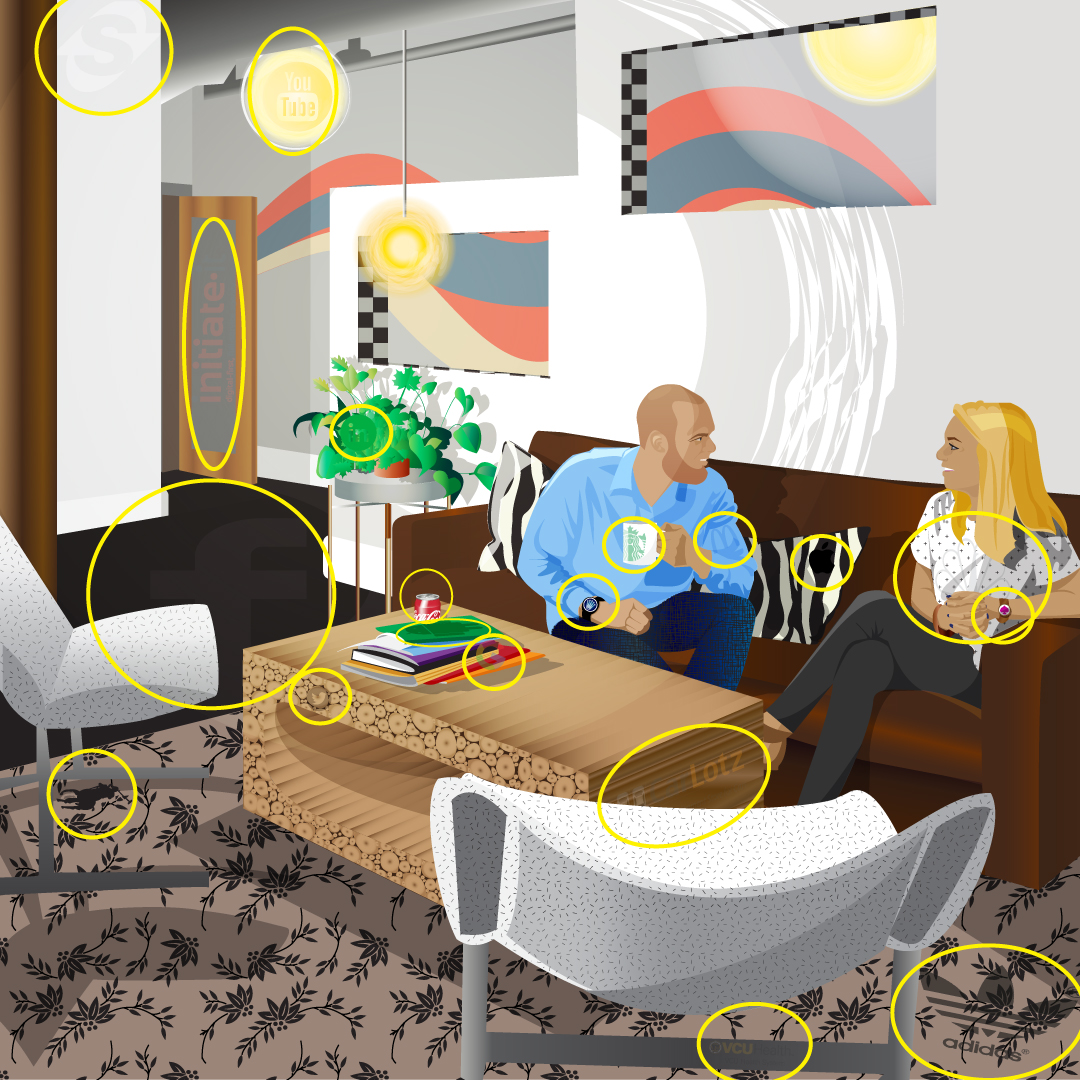