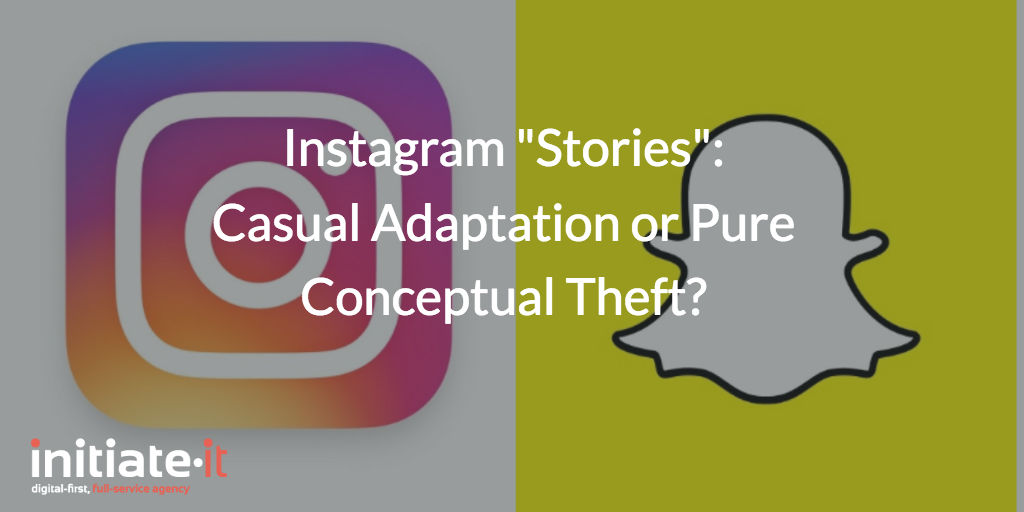 Society’s always evolving innovations are moving at an incredibly fast pace and we are all happily soaking it in as it’s happening. Take Snapchat, one of todays most popular apps, always finding ways to introduce us to inventive ways to share creative messages.

Let me put it into perspective: though 60% of Snapchat users are millennials, my mother, (the high school teacher) even has one and is an avid user. Its extreme popularity can be mostly attributed to the exclusivity of each post. Notably- it’s evolved within the last year due to its revolutionary feature “Stories”. Snapchat stories allow people to post as many videos/ pictures for up to ten seconds for everyone to see. Not to mention geofilters, groundbreaking for advertising. Instagram, on the other hand, seems to cater to another beast in us. Instagram creates archives of years of personal pictures, at an all-around slower pace. It caters to the need to be able to “stalk” as long or as far back as we please without the person we’re stalking ever knowing. We like this about Instagram just as we like the time-sensitivity of snapchat- separately.

So let’s talk about what happened with Snapchat and Instagram. Early this month, Instagram adopted 24-hour stories for users to share publicly. Sound familiar? Sure. It’s only one of the cornerstones of Snapchats success.

We get it- everybody copies everybody. I mean, Alexander Gram Bell didn’t even really invent the telephone, right? People take exact melodies or even whole hooks from existing songs and integrate them into their own- and make money. Facebook essentially invented the news feed- which everyone since has integrated into their own. The way I see it, Facebook (who owns Instagram) is punishing snapchat for turning down their $3 Billion offer in 2014. They’re pretty much big bullies.

So- how do “Instagram Stories” actually hold up to an avid Snapchat user? Naturally, I was skeptical when jumping into the world of Instagram’s snapchat-esque new feature.  But, here’s what I found.

The layout of the picture taking/posting appears almost identical to snapchat’s stories, minus all of the quirks we’ve grown to love (and need) such as face- altering filters, geofilters, various video features, and much more. Their claim is that it’s more straightforward and easy to use, catering to a broader audience, while Snapchat seems to want its audience to be continuously surprised with updated filters. Both of the forums’ “stories” disappear after 24 hours- the time sensitivity we are so intrigued by. It even copied Snapchat’s new and not so well received update, forcing the viewer to unwillingly view the next story in line. A colorful ring around your profile picture icon indicates to people that you have a story to be viewed. You can easily watch a story by clicking on someone’s profile icon. You are also able to easily see how many people and who have viewed your story. You can reply to people’s stories which will appear as a “direct message”. Though no face-altering filters are available- you can draw on your post with three different marker options. So it’s like Snapchat, but not like Snapchat at the same time.

Overall,  it’s pretty cool and very easy to use. But where do you stand? It’s been live for a little over a week and already a large sum of my Instagram friends are utilizing this feature- even more (dare I say) are saying they like it better. Do we think Facebook will kill Snapchat, the in-your-face social media forum beloved by millennials and high school teachers alike?? As Instagram evolves its story feature, I have to wonder – will it surpass Snapchat and deem it obsolete? Will the ‘bully’ win? Only time will tell.

Posted by Andrew Smith, President of initiate-it, a digital first, full-service agency in Richmond, Virginia. Fresh out of Radford University with a degree in communications/PR, he was quickly hired as a media planner for Circuit City. Next thing anybody knew, he was leading the media efforts for the company’s South and West Coast markets and its affiliate CarMax. Then it was off to The Martin Agency as media planner for Kellogg’s, Seiko, TV Land, and Alltel. His transition into account management came when he joined The Bergman Group in Richmond, quickly taking the lead in the agency’s efforts for Capital One, Drive Time, Sandler Training, CapTech Ventures, Sports Management International, IMG, Greenway Medical, and Sheltering Arms Physical Rehabilitation Centers.